​​​ All members of CHSAAP can nominate a champion Central athlete, team, or administrator.

Athletics Hall of Fame Board Members

Thank you for contacting us! If needed, you will hear back within 48-72 hours.

The 1966 Central Class "B" Football Champions 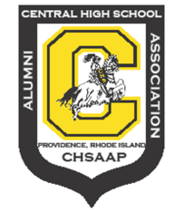 The Central High School Athletic Hall of Fame was established in February 2018.  Only members of the Central High School Alumni Association Providence may submit nominations for consideration into the AHOF.  Individual athletes with significant achievement in their sport or sports while in attendance at Central High School, particularly those who received State recognition and/or excelled in their sport after graduating from Central High School will be considered.  Teams must have achieved a State Championship for consideration in AHOF.  The Principal's and Administrators who have displayed exceptional support and achievement within the sports programs while at Central for a period of three or more years may also be nominated for consideration in the AHOF.  ALL NOMINATIONS MUST BE SUBMITTED ON (DIGITAL OR PAPER) THE CENTRAL HIGH SCHOOL ALUMNI ASSOCIATION (CHSAAP) ATHLETIC HALL OF FAME FORM BY SEPTEMBER 30, 2022, OR WILL NOT BE CONSIDERED FOR 2023.  NO EXCEPTIONS.